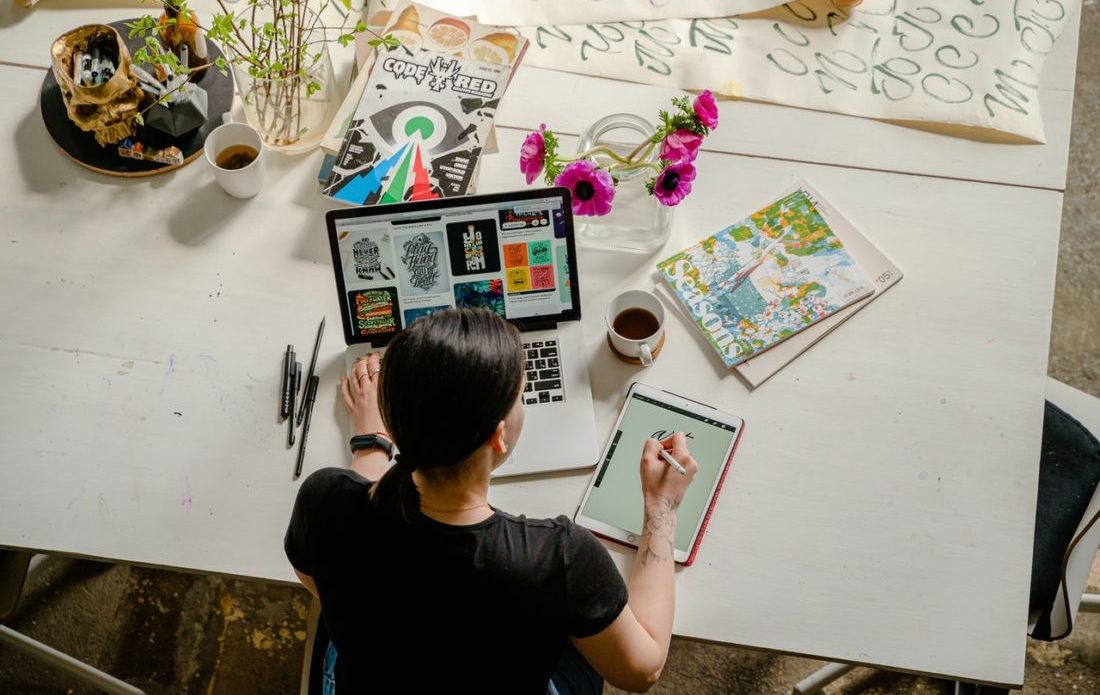 Although speed to market may determine who wins and who loses in today’s content wars, the frontend of the media supply chain remains mired in manual processes, stuck in physical spaces and weighed down by fragmented tools with inconsistent metadata and security controls, according to Jason Porath, director of strategic accounts at San Carlos, California-based Software-as-a-Service (SaaS) company Bluescape.

“We’ve been helping creatives optimize their workflow on the frontend and in the backend of the media supply chain,” he said May 19 at the Hollywood Innovation and Transformation Summit (HITS), during the Data + Analytics breakout session “Do Creatives Dream in the Cloud…or in a Cave?”

For attendees who may not have heard of Bluescape, “we’re a visual orchestration, meeting and collaboration platform” that he said enables “creative teams from all over the world to run creative review meetings on any device, in a secure environment in the cloud.”

During the session, he explained how the world’s largest studios harness global talent and hybrid teams to collaborate in the cloud, accelerate intellectual property (IP) development and unlock seamless cross-department ideation. 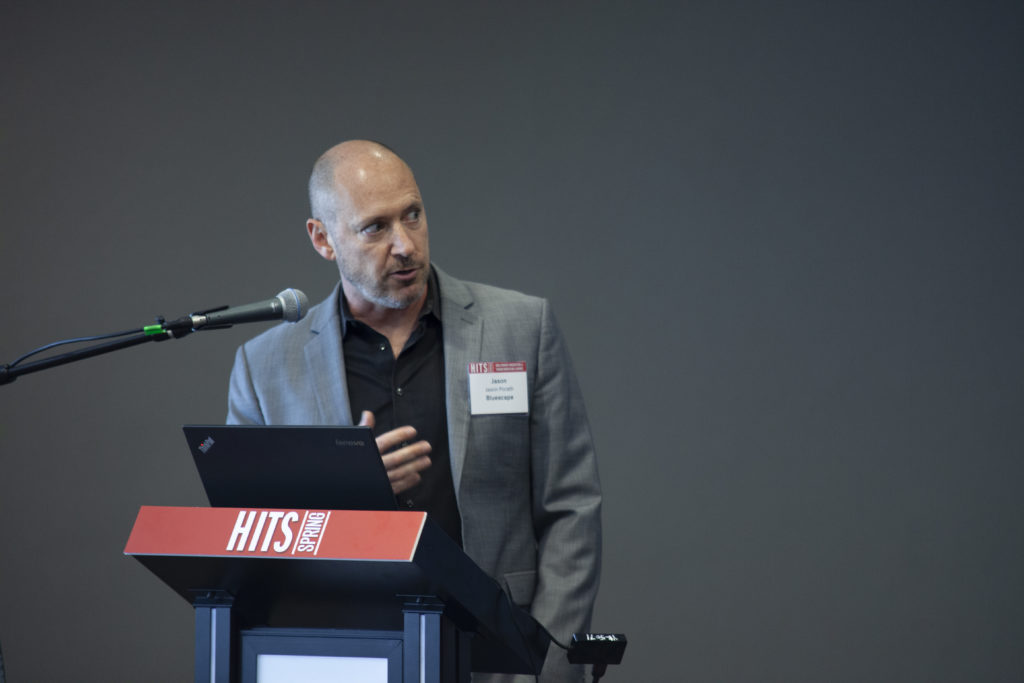 Bluescape has “enabled globally distributed teams of artists to take advantage of this technology from anywhere in the world,” such as by shifting location-based production to virtual stages and transferring massive amounts of data and assets from remote locations to post facilities around the world, he told attendees.

“What you’re going to learn today is really how to apply that same model of decentralization to the stages of the supply chain, where the rapid movement of ideas matter most,” he said.

“The opportunity now is really to move ideas at scale,” he noted, explaining: ”Shifting the focus to move ideas to scale presents an enormous opportunity to unleash the creative power of your colleagues who are responsible for creating and shipping your most valuable content that keeps you competitive.”

Porath provided a real-world example of how non-creative tasks can make it far harder for creative people to do what they’re best at.

He noted that his teen son, a high school senior, recently shot his third short film, a war movie in which he was “trying to emulate his favorite director,” Terrance Malick in the style of his film The Thin Red Line. “In addition to being the writer and director of the film,” Porath’s son served as production coordinator and “he had to assemble the crew, he had to rent the equipment … he had to prepare the location for [the] shoot on a campground in a national park [and] he had to buy all the grocery supplies, on and on and on.”

During the last week leading up to the shoot, his son “was a wreck,” according to Porath, noting his son was “excited but he was stressed out and he was pressured to get everything done … and then perform at his highest capacity as a director when the shooting kicked off.”

His son’s ability to “be in top form” as a director was “weighed down by all of the logistics of the production and my guess is he did not perform optimally” as a director as a result, Porath said. After all, he said, his son “did not have the time to dedicate himself to the activities that would have prepared him better and he was mired in logistics that took him away from his actual role” which should have included “refining his shot list [and] coordinating with” his director of photography (DP) or “running lines with his actors.”

In stark contrast, on his prior film, an 11-minute short called Passengers, his son
“had a crew, he had a production coordinator (it was his junior high school drama teacher), he had professional actors that he recruited from the theater company he performed in as a child and he even had flaggers who were stopping the traffic in between shoots,” Porath said. “Everything regarding the production was delegated and it was handled and it freed him up to perform his role as a director the best that he could. And what were the results? The film ran in three national festivals and it got him into a film program at one of the top universities in the world.”

After returning from the “excruciating shoot” of the latest film, his son told him something that Porath said he “thought was quite profound for his age,” which was: “Now I understand that there’s a direct line between the quality of a well-run production and the artist’s ability to realize their vision.”

Reiterating that there’s a problem “on the frontend and the backend of the media supply chain, where ideas are exchanged,” Porath said the key issue is that “workflows in this part of the supply chain are riddled with friction” because people are “consumed with non-creative nonessential tasks that occupy the greater part of their day, and they have nothing to do with creating and shipping intellectual property.” Those other activities include “searching for information, endlessly toggling between applications, chasing status updates, redoing work that they can’t find, attending unnecessary Zoom meetings and rushing around to deliver assets on tight deadlines,” he added.

All those non-creative activities are “literally siphoning the cognitive abilities of your colleagues like bats – or Death Eaters, if there’s anyone here from Warner,” he said, referring to characters from the Harry Potter movies. He also referred to them as “idea eaters,” adding: “Every ping, log-in, email, redundant download or failed upload every time somebody needs to do rework from something that they can’t find … are like bites that suck the life blood out of your creatives. And it’s literally death by a thousand bites.”