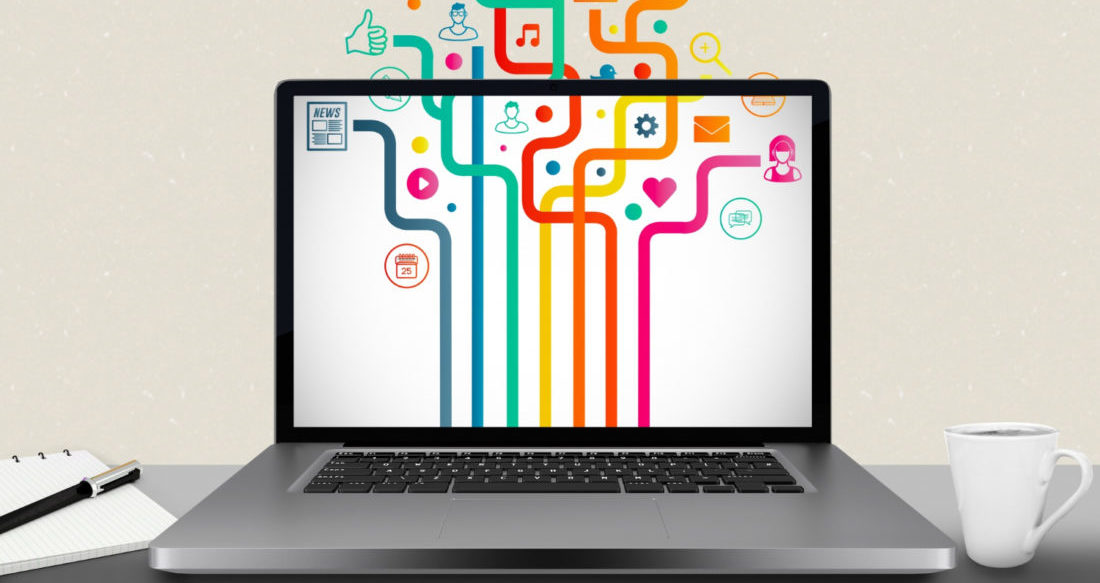 Human and Digital (HAND): A New Approach to Identity in M&E

For more than 30 years, Will Kreth, former executive director of EIDR and former director of metadata management for Showtime, has worked in media and entertainment and related technologies.

All that experience — and all the changes happening so quickly in the industry — led Kreth to launch the new industry consulting firm HAND (Human & Digital), geared toward helping media and entertainment players more easily discover the right talent and the right technologies.

Kreth spoke with MESA about the origins of HAND, how its new Citation-Backed Notability holistic system connects the dots to define what makes talent notable, and why the industry needs something like HAND in today’s chaotic digital-first world.

MESA: What was the impetus for HAND, how did the company first come about?

Kreth: While I was running EIDR as executive director (2017—2019), I learned that Hollywood was looking to create a universal talent identifier — but no one had approached the global standards bodies who manage PIDs (persistent, unique IDs) to develop a Talent ID based on (and this is key) — the business requirements of Hollywood, and to build it from the ground-up. 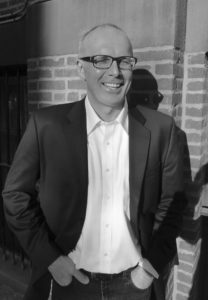 When I first heard the concept, it made perfect sense — and for some time, we had hoped EIDR would be the place to make it happen — under the DOI (Digital Object Identifier) Foundation — itself an ISO standard.

After I left EIDR in the fall of 2019, I wanted to start a company — and I had a hunch that predictive analytics for Talent in media & entertainment would be huge in the future, with the power of AI, machine learning, and natural language processing becoming both affordable and applicable at the supply-chain level.

But you can’t automate what you can’t reliably identify at scale, and Talent — (as Hollywood thinks of Talent) — didn’t have a persistent, machine-readable ID standard that was global, interoperable, and ubiquitous. It would also have to be secure, authentic, and forward-looking to truly add value in the evolution of Talent identity in both real and virtual worlds.

Now for just a second, I want to mention ontologies, which is basically “the relationship of things to things” — as an easy way to understand the term.

Back in the summer of 2019, MovieLabs released both their whitepaper called “The Evolution of Media Creation” — now often referred to as the “2030 Vision” and their whitepaper “Creating A Talent Identifier for the Entertainment Industry”— which were both updated over time. Before these, there was the MovieLabs CWO — Creative Works Ontology — which is now incorporated in their Ontology for Media Creation (OMC) — a roadmap for the future of the film and TV industry.

Well, we all know what happened in 2020 and 2021, and while the pandemic set us back from an interaction level with our peers and industry friends, it paradoxically accelerated the timeline of the creative media industry towards virtual production, distributed teams, and remote collaboration. The vision MovieLabs had laid out for all the pieces of next-generation virtual production technology in the Cloud was suddenly not 2030 — but much, much sooner.

At the same time, in the summer of ‘21, here in NYC, I connected with the founders of the phenomenally successful Knowledge Graph Conference (which started at Columbia University), and kind of fell down the rabbit hole of what was possible with knowledge graph software — in mapping out the ontologies of creative works and talent, and the insights that could be surfaced and showcased.

In May of 2022, we were one of two winners out of 51 entrants from 16 countries in the KGC Startup Pitch competition. It was a great validation point for our approach to applying knowledge graph technology to create a powerful Talent Identity Graph.

But the fundamental issue about needing a future-facing Talent ID (for performing arts and sports) had not yet been solved. Machine learning experts talk about how fundamental it is to properly label, or “tag” data in large data sets, to properly train ML engines for optimal performance. Key master data still needs human SME’s (subject matter experts) — who know what they’re doing — to initially tag it properly.

That’s where I saw an opportunity for a new company to take on the challenge of doing Talent ID right, using the time-tested and high-transaction volume DOI Handle ID system for Talent for the first time.

MESA: HAND is looking to help the industry find talent “both Human and Digital.” Expand on that, what does it mean for M&E firms?

Kreth: We did not (and do not) take our opportunity and this moment lightly, and our full name — HAND (Human & Digital) – as applied to capital “T” Talent — is completely intentional. Further, it’s important to note we are 100 percent NOT “user identity” — or related to the field of IAM (Identity Access Management) — which is evolving at a rapid pace, but it’s just not our space. What HAND’s new Talent ID registry identifies with unique DOI handle IDs is just three things: Legal entity humans, their licensed virtual human selves, and fictional characters. That’s it.

We’re starting with the identification of just two fields of talent: Performing Arts & Sports (which is perfect, as these talented individuals can and often do appear as either themselves or fictional characters — virtually — in video games and will appear in virtual worlds in the future).

Add to that fictional characters — from the amazing universes of Marvel, Star Wars, DC, and comic books — but also from great literature, stages and screens, and you start to triangulate an inter-related ontology web that’s more than just a database or a pick-list / taxonomy of characters.

But it’s not enough to just mint new Talent IDs using DOI handles — you have to have a criteria. You must have KPIs. We have a new methodology we call Citation-Backed Notability — a quantitative way to determine exactly what makes talent notable. One factor is how well-identified the person or fictional character is at the present time — globally? Quality citations have a finite number of permutations — and credibility is earned by verified third-party source citations (much as it is with Wikipedia articles that get marked for “speedy deletion” if they only contain first—party claims and don’t link to independent sources of note). Another is how well-recognized is the person — have they been nominated for and/or won any awards? These are just two of the critical metrics we use as part of a robust index of attribution data points.

Citation-Backed Notability is our holistic system we’ve developed that connects the dots to define what makes talent notable — in a way that has not been done before.

MESA: What would be an optimum use-case example for HAND’s offerings, where media and entertainment companies can make especially good use of your services?

Kreth: While we’re beginning in a limited, invitation-only Beta phase — our plan is to deliver a tiered, SaaS-based subscription API for companies who want to identify and automate the Talent ID component of their internal media supply chain. But it doesn’t stop there: once HAND IDs propagate throughout the industry, the Network effects/externalities start to kick in — where companies can start to rely on HAND IDs for matching talent identity across disparate databases in their business dealings with industry partners.

And as future revenue potential for top—level Talent undoubtedly includes Virtual participations, HAND IDs are both ‘Metaverse ready’ and ‘Blockchain ready’ — enabling Attribution, Provenance, and Chain-of-Custody to the future of Smart Contracts – attestations of authenticity that matter across the value chain. 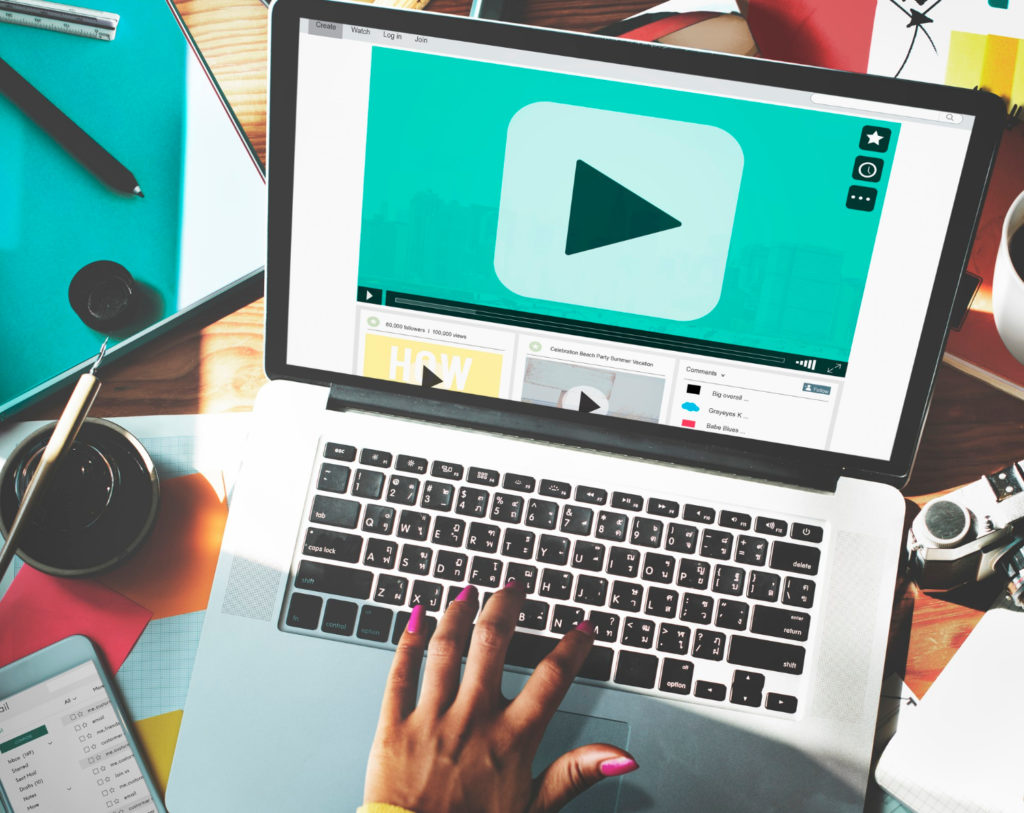 Under the terms of the DOI Foundation — individual HAND Talent IDs will be free to search and resolve individually, via a web UI we’ll debut this fall, on a daily limited basis.

As subscribers to HAND’s APIs, companies will get full access to a highly-curated, global Talent ID database for Legal, Virtual, and Fictional Character identities that will only increase in utility and value as it grows in the months and years ahead.

MESA: You’ve been in media and entertainment and related technologies for more than 30 years now. How has your experience in this business informed what you’re trying to accomplish with HAND?

Kreth: I’ve been lucky to see the evolution of so much since I started: interactive & multimedia (at Apple), virtual reality, video game development, the birth of the Web (at Wired & HotWired), global search, ubiquitous broadband to the home (at RoadRunner), dot.com bubbles and bursts, a short revival of interactive TV (at TWC/Charter), streaming video and music, the move to SaaS and the cloud, the return of VR and now the metaverse (which I like to think of as the 3D or spatial web). I’ve been on both the distribution and content development side of television (at Showtime), became obsessed with the lifecycle of entertainment content metadata (at EIDR), helped other people start companies multiple times, and have acquired many learnings from each experience on teams. All of these experiences have brought me to this place to start HAND (Human & Digital) with an eye towards wanting to add value to the industry and ecosystem from a uniquely deep and wide perspective.

MESA: What’s next for HAND, what advances or added services can we expect from the company on the horizon?

Kreth: I expect, much as they did with EIDR IDs, that companies will develop their own novel uses for HAND IDs, making the Talent supply chain more discoverable and valuable. I’m excited to see how the semantic relationships between all three IDs start to drive a forward-thinking ontology perspective to bridge the real, the virtual, and the fictional — creating new identity connections between traditional film, animation, TV, theater, music, sports, and more. We’ve recently had great conversations with some of the smartest big data folks in professional sports leagues (e.g. – NHL, MLB, NBA, etc.) and they’re keen to see how we can work together. We haven’t given up on our predictive analytics vision — and know there will be a time once the HAND ID registry has sufficiently scaled, that we’ll dial back into that opportunity. We’ve got a great team working with us to get this far, and we expect to add many more key team members in the months ahead.

I also can’t forget to mention the good news that we’ve been accepted to appear and demo HAND in the Innovation Zone at the 2023 HPA Tech Retreat next February. Lastly, we’re so glad to be back at events in person, and honored to be launching at one of my favorite conferences — IBC (!) — here in 2022 — and to be working with MESA to help tell our story to the industry.